If there is one thing a lopsided result in a bowl game will do it's to feed the trolls. Already on some bulletin boards the Quinn Naysayers have started to rear their heads (or head there rears. This despite the fact that Quinn has yet to act in any capacity as the 24th head football coach for the University at Buffalo. Last nights beat down was disappointing, but not unexpected and not to the level where I am going to bother asking myself 'Is Quinn the guy'. 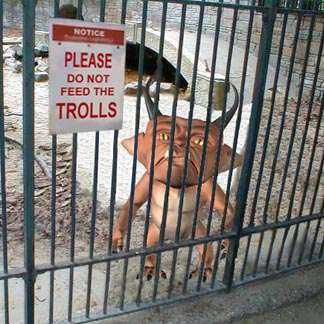 The only thing I saw that really concerned me was the despair in Tony Pike's eyes during the first half. Every time Florida was giving him a look that he did not expect you could actually see him wince I don't know what Quinn, or his staff, were saying to Pike on the sidelines but whatever it was they could not get a fire lit under him until halftime.
The defense was definitely a cause for concern but Quinn has only been involved with the Bearcats defense for the better part of a month, that a Big East team has no defense it not a reason to put on sackcloth and mourn, that SOP for that conference. I hope that Quinn learned that he needs to go outside of the Big East, perhaps to the SEC, for his defensive coordinator.
So why does a 51-24 point beat down in a BCS bowl not bother me so much?
The level of competition and the Talent gaps between Cincinnati (Big East) and Florida (SEC).
Calling Florida a 'solid' team does not begin to cover the talent gap between Florida (and the other SEC/BigXII elite teams) and the other conferences. As much as I loathe the Tim Tebow mania we've seen this season its not unwarranted, the guy is a phenomenal quarterback and as much as I wish Florida was not the best team of the Decade (or at lest the last half of the decade) There is no convincing argument to the contrary.
Half Time adjustments made by Quinn.
The Cincinnati offense looked horrid in the first half, they had no answer for anything Florida was doing and walking into the half down 30-3 there was basically no question that Cincinnati was going to lose. But during the second half the BearCats offense had nice, sustained, and effective scoring drives against a defense that only gave up 9.8 points per game during the regular season.
Cincinnati's attitude in the second half
Despite the fact they looked like something from a George Romero movie heading into the half they came out fired up. The offensive linemen were holding their own and Pike looked way more composed on the roll out passes.
Aggressive Play calling throughout the game
I liked to see the deep throws on second and third and long, UB has been a team which tried to rely on dink screens, draws, and short passes when in second and long. It was infuriating this season to see a QB air it out on 2nd and 15. The biggest question surrounding Quinn is what kind of play caller would he be some of those questions were answered last night.
On the whole not the best publicity UB could have gotten from the night but nothing in how Quinn handled himself or his team when playing a superior opponent is a cause for grave concern.