One small step for a UB Basketball Team?

Share All sharing options for: One small step for a UB Basketball Team? 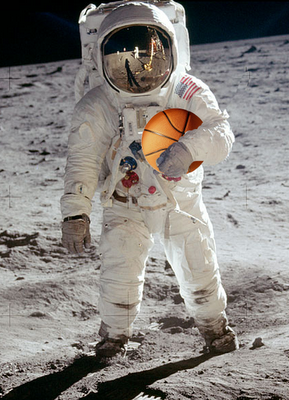 Well Maybe I am a bit over excited...
it may be the first time UB is 3-0 in MAC
play but it's still early..
First my moment of shame, I picked against UB in the MAC Pick' em contest this week, it was a hard thing to do but I just did not see UB playing with Akron, even at home. Firstly UB nearly choked away leads against Bowling Green and even let Miami cut deep into a huge UB lead before putting the Red Hawks away, secondly UB has never started conference play at 3-0.
This is a team that to me looked like last seasons a talented team that would impress, maybe even challenge for the title but in the end a team that would fall apart in at least one out of three games. The loss to JCU back in December really put me in a suspicious stance regarding this years edition, today for the first time since that loss I am relaxing, a little.


UB Did just about everything right, the one point in the game with about nine minute left where Buffalo went into one of their familiar comas, you know the kind, when UB can't buy a point and the fans have to watch as a team limps their way into a close game. But Rodney Pierce and Shawn Smiley put together a quick 7-0 run that put the game out of reach for Akron.

In years past many UB teams would have folded up tent when Akron closed to eight points with six minutes left. Sean Smiley, much to the ire of Zip Fans (just see zipsnation.org) took it upon himself to turn around UB's fortunes.
Smiley had a monster night, while Pierce will (and should) get a ton of attention for dropping 31 points on the defending conference champs Smiley's performance had to take the zips by surprise and was the final nail in Akron's coffin.

Sean Smiley's stat line
UB's next two games are huge, unlike the Akron game (or to a far lesser extent the Bowling Green game) UB can not drop one of these and say to themselves 'we lost to a better team' or 'we lost on the road to a quality opponent'. If UB can take Bowling Green at Anderson Arena or Akron by thirteen points then they better be able to handle Kent and Ohio.