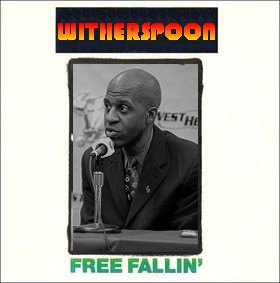 They were a good team, Picked high in the conference
Beat Miami, pounded the Zips
They Were a good team, making Bracket predictions
Playing solid, no sign they'd slip
On a road trip, in the state of Ohio
They tripped up, they got smacked around
Now they've come home, to take on the west
Should be easy, no theycan't let us down
But Now they're free, free fallin'
You get the idea, this season has turned south, and drastically so. UB has two days to clean up their act before they take on a rather threatening NIU team. I do get to feel somewhat better about what I said going into this game:

"I don't see them (UB) going much over 65 points so the task is for the defense to hold BSU down somewhere in the 50's, with Jauwan Scaife's three point shooting that might be more difficult in reality than it may seem on paper."

Well UB did everything right except shoot the ball, and stop ball state from making their shot. How in the world do you out rebound, have one third the turn overs, commit fewer fouls, and still lose a game?
College Basketball

That's how!
One play sums up the game; Early in the second when Ball State was practically trying to give us the game a turnover led to a UB 3-1 break in which Rodney Pierce missed an easy layup. It was not until there were about three minutes left in the game that UB looked like they belonged on a college court. By then it was way too late, in a way I am glad they did not finish the miracle comeback the more reality this team gets hit with now the more likely they will fix some things by the time the MACC starts...
This game was way too ugly to spend any real time dissecting, it's sort of like the Mike Tyson Buster Douglas fight... No matter how much better of a boxer you are if you don't keep basic supplies in the corner you're going to lose.
Things UB needs to get fixed, and soon