what has two thumbs and wont be the next Buffalo Coach

Share All sharing options for: what has two thumbs and wont be the next Buffalo Coach 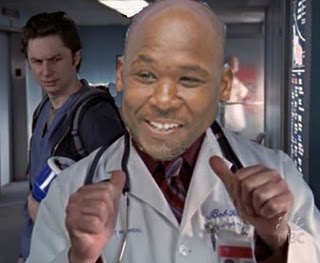 This guy right here, nice to meet you
Well it's a hack photo shop job but then again how much effort would you put into an image based on football coaching scoop. But with FootballCoachesScoop and FootballScoop both putting out notice this morning that Corwin Brown (Bull Run profile here) there is a bit more weight than if either one had posted it.
There were also rumors that Brown was in the mix at Florida should Vance Bedford move on (to Buffalo or elsewhere). So with Browns Exit we are letft with the following (very suspect totally internet rumor) list of coaches. A few have had confirmed interviews (Quinn, Barrett, ...)