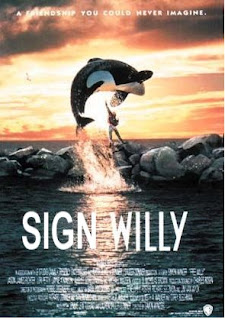 After Drew Willy was surprisingly not drafted last year (most experts had him as a fifth or sixth round draft choice he got a free agent shot with Baltimore. On they day he signed it seemed like a shrewed move but the Raves bulked up at the quarterback position between the draft and camp. To make a long story short when the raves signed Beck a few days later the writing was on the wall.
The team many UB fans had hoped to see Willy land was the Colt's. Bill Polian gave Drew Haddad his shot and the Colts also have UB alum Jamey Richard on their roster. Well this week, perhaps a year late, Drew Willy will get his shot on the Colts Practice Squad.

The club also made two moves on its practice squad, signing quarterback Drew Willy and waiving quarterback Shane Boyd. Willy, a rookie out of Buffalo, originally signed as a free agent with Baltimore. -- Colts.com

Indy is a great squad to land on Polian is a quality act and Willy will be able to develop with one of the better teams in the NFL.. Congrats Drew! It will be interesting to see if Starks or Roosevelt get a sniff out of the colts in the upcoming combine.