Bill Inge brought in as the Linebackers Coach

Share All sharing options for: Bill Inge brought in as the Linebackers Coach 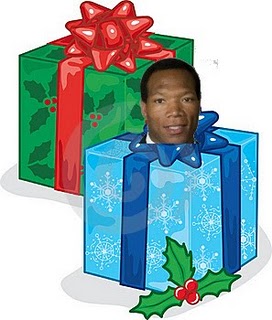 On the same day that I was lamenting UB's slow motion run towards a full coaching staff Football Scoop is reporting that another Cincinnati coach is going to join Quinn at UB. Bill Inge is coming to UB to become our new linebackers coach. If true I'd be rather surprised that a BCS level positional coach is taking a 'lateral' move to a mid major.

During UC's BIG EAST Championship season in 2008, Inge tutored a linebacking corps that accounted for three of the top-four tacklers on the team, including Ryan Manalac who led the squad with 82 stops. One of his pupils, Corey Smith, signed a free-agent deal with the Kansas City Chiefs.

Inge earned his bachelor's degree in Sports, Health, Leisure, and Physical Studies in 1996, and took the opportunity after returning to Iowa to attain his master's in Athletics Administration in 1999. As a player, he was a team co-captain his senior year, when he was an honorable mention all-Big Ten performer and a first-team Academic All-Big Ten member.

During his Iowa career, Inge made 173 tackles, with 37 for losses and 24 sacks. In addition, he earned two special awards from the coaching staff: the Appreciation Award for defense as a senior and the Hustle Award as a junior. Iowa was 17-7 overall his junior and senior years, including wins in the Sun and Alamo Bowls. He capped his collegiate career by playing in the 1997 Hula Bowl. -- GoBearcats.com

If Quinn can bring this kind of experience in to just coach linebackers I can't wait to see who he will bring in for the coordinators.