Share All sharing options for: Buffalo And Miami, 25 Questions

Buffalo and Miami are having bad seasons
Now Turner Gill and Mike Haywood have: 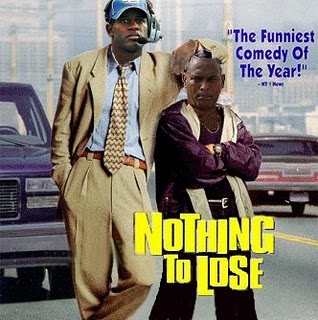 Program:
Where are the Red Hawks at:

The Hawks are on the upswing, in back to back weeks they beat Toledo and took Temple to the wire. This has been a painful rebuilding year for Miami but the team seems to be over the worst of their problems.

Knocking off Toledo; The hawks play had been improving greatly in the weeks leading up to the game and they jumped all over the Rockets (24-7) by the 3rd quarter. They then survived a comeback bid when Zac Dysert ran in a 23 yard touchdown with three minutes left.
Season Low Point:

Despite getting thrashed early on in the year the Red Hawks low point had to be giving up a last minute touchdown against the Owls. It was a crushing series of events, beginning with terrible kickoff coverage after the RedHawks clawed their way back into the game.
Offense:

Do they take care of the Ball?

No, they have 34 turnovers on the year (20 Interception and 14 Fumbles). Putting aside Bowling Green they have been getting a bit better, especially on interceptions, but the potential is there for the Buffalo Defense to take the ball away several times if they play their game.
How is their Passing Offense?

Considering the injuries they have had among their wide outs the passing game has come surprisingly far. In the past four games Dysert has passed for nearly 350 yards a game with seven touchdowns and only four interceptions (3 of those picks came against the Falcons).
How is their Rushing Offense?
Terrible, they are ranked 119th in rushing yards in the FBS and they give away a fumble about once per game.
How are their Receivers?
The threats are very well distributed, this is a team that has lost two of their better wide outs this season. Armand Robinson is the most credible threat that they have (67 receptions) but after that the RedHawks have made use of just about everybody, and done it well enough to make their passing game something to fear.
How about their offensive line?
Young, and showing it. Miami Quarterback spend more time horizontal than anyone else in college football (almost five sacks per game) and their running game is anemic.
Are they High Powered?
As much as a 1-10 club can be, Dystert can go long and the team has big play potential (9 players with 10+ yards per catch) but they don't do it nearly enough to really be considered a threatening offense. Sure they can get away with if for a game if the defense looks past them but what team cant.
How Well do they convert on 3rd?
Miami coverts 30.6% of the time and while that is in the bottom third of all teams it is surprisingly good for a team that runs for about 2.5 yards a carry.
Can their offense close a drive?

Once Miami gets into the red zone they are getting about 4.6 yards a trip. This is on par with most teams in the MAC.
Defense:

How Good is their defense?

They give up 34 points a game, and more than 180 yards on the ground. While their pass defense is presentable its not enough to make up for the what they can't do against the run.
Do they take the Ball Away?
In general Miami is only good for about a turnover a game (they have 6 picks and 6 fumble recoveries on the year).
Can they stop the Run?
Miami is giving up more then 4.5 yards per carry, they have given up 26 touchdowns all around they are about the third worst rushing defense in the MAC.
Can they stop the Pass?
Yardage wise they do pretty well, but most of this is owed to the fact that you can run all over them. Teams are only passing about 27 times a game and are still pulling down nearly 200 yards (slightly over 7 yards per attempt and more than 14 per completion). They are giving up touchdowns at a 3:1 ratio over interceptions
How do they perform on third downs?
They are giving up 4/10 third down chances.
How is their red zone defense?
6.5 points per trip is just a terrible number, I have not seen anything like that form a UB foe to date.
How well do they get after the QB?
1.27 sacks per game might seem bad, but its better than Buffalo.
Do they get after you in the backfield?
Getting more than five TFL's in a game when you're only bringing one sack is pretty impressive. Its not a dominating defense but it is one than move the offensive line backwards enough to be a problem.
Special Teams:

How is their return game?

Buffalo has hit the one team on our schedule who's kick return game is worse than ours. Miami is getting less than 16 yards per kick return. This means the Bulls might keep them inside the 30 on kickoffs.
How well do they defend returns?
The RedHawks have given up both a kick and a punt return for touchdowns this season. They don't give up too many yards on average but this is a team that has made more than its fair share of mental mistakes defending kicks, even when it does not result in a touchdown it does lead to good field position for the opposing team (Temple comes to mind).
How well do they Kick?
Cook has a leg but he gets pretty iffy once you get beyond the mid 30's.
How Well do they Punt?
Spotty at best, Broadway is kicking the ball between 35 and 40 (usually) yards but has had some very bad kicks over the past several weeks.
How does Miami do at home?
Its hard to see the difference this season because their schedule was so front loaded with away games. As the season has progressed they have gotten better and because of that, and their insane out of conference schedule, they look better at home this season than on the road.
How Big is this game for Each Team?
It's only a pride game for Buffalo who has never won at oxford. When the season started I thought this would be a tie up the MAC game, five weeks in I though this might be a secure a winning record game, now it's thought this might be a 'win at oxford for the first time' game.
While Buffalo does not want to lose to the worst team in the east, the Hawks want finish their season with a win in front of the home crowd, and it's senior night so I have to go with Miami.