Share All sharing options for: 25 Questions: Buffalo at Kent

Once more unto the breach, dear friends, once more 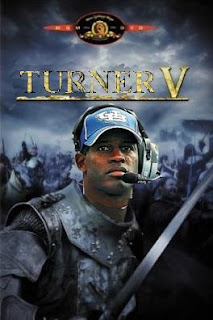 Well sadly this is the last week we will see the UB Football team take the field for nine long months. UB goes in seeking their fifth win of the year, a year when we were expecting so much more. While Naaman Roosevelt is out with a knee injury our other seniors (like Jessie Rack, Kendrick Hawkins, and Brett Hamlin) will be playing their last game in a UB uniform.
For all those seniors leaving, thank you! while 2009 might not be what we had hoped for it was more than any of us would have suspected when you were incoming freshman. Turner Gill ill may have brought belief and hope to the program but you were the tools with which UB was rebuilt.
To those seniors who will get the chance to pursue professional ball good luck, the UB faithful will always root you on. For those going in a different direction I hope that you know how much UB fans enjoyed watching you play over the past 4/5 years.
Program:
Where are the Flashes at:
Kent is either had a good season or a bad season, depending on how you approach it. Kent was not expected to be in the race for the east but until last week they were right there with the Owls and Bobcats. Kent has been good enough to probably save Matins job for another year.
On the other hand this is a season in which Kent let a bowl game get away from them. A last second loss to Bowling Green (we know how that feels) and a choke job against Akron are all that stands between Kent coming into this game with seven wins.
Season High Point:
Beating Ohio may have been the high water mark of the season. Playing on the road Kent completely shut down the Bobcats offense holding them to negative nine yards rushing and picking of Ohio Quarterback three times.
Season Low Point:

Losing the wagon wheel to Akron in what was about their worst performance of the year. They had more lopsided losses but that can be excused against Boston College. If you give this team the Akron game they are playing for a bowl this week.
Offense:
Do they take care of the Ball?
No, Kent is losing the ball about 2.5 time per game and while they are slightly more likely to throw an interception than Fumble they have struggled in Both areas.
How is their Passing Offense?
Aside form a 1:1 touchdown to interception ratio they sport a respectable passing game. They move the ball well, especially for a team that has had to use four different quarterbacks through the year.
How is their Rushing Offense?
Pretty ineffective, they are good for a little over 100 yards a game mostly on the back of Jacquise Terry. Terry actually has a pretty respectable YPC (4.8) but the offense does not use him effectively enough to make the running game a threat.
How are their Receivers?
Tyshon Goode is one of the best Freshman who you have not heard of in the conference. He has a very good chance of finishing with over 800 yards on a team that has not found a stable quarterback. Aside from Goode Kent has seven other receivers with more than ten yards per catch.
How about their offensive line?
Kent ranks in the top quarter of all teams in sacks allowed. They keep their quarterback upright and when they run they get 3.5 yards per carry.
Are they High Powered?
No, they are good for fewer than two touchdowns a game, Kent is not a team that tends to win shootouts (though they came close against Bowling Green)
How Well do they convert on 3rd?
Kent is near the bottom of the Bowl Subdivision (115) on converting third downs, fewer than one in three times.
Can their offense close a drive?
No, Kent is only getting 3.6 points per trip into the red zone they have only scored 24 out of 37 times and 33% of the time that score is a field goal.
Defense:
How Good is their defense?
Kent has a respectable mid level defense that has kept them in nearly every game they have played this year. While the Flashes have had one or two games in which the defense broke down on the whole, especially in conference games, the Defense has kept the offense within striking range.
Do they take the Ball Away?
Yes, Kent is good for two takeaways per game. Brian Lainhart has the second highest number of interceptions in the conference.
Can they stop the Run?
Yes, they are ranked 4th in the conference by giving up 136 yards a game.
Can they stop the Pass?
Not as well as the run, ranking 9th in the conference Kent has given up several big plays that have kept them from being in the hunt for a bowl game.
How do they perform on third downs?
Nationally Kent's defense is average on third downs (giving up 38.6%)
How is their red zone defense?
Four point's per trip is very respectable (probably top twenty nationally)
How well do they get after the QB?
Kent is getting to the Quarterback almost three times per game, like the red zone defense they are one of the top 20 teams in the nation
Do they get after you in the backfield?
Aside from sacking the quarterbacks Kent is getting eight TFL's per game which is ranked seventh in the nation, just behind Penn State and several spots ahead of Pittsburgh.
Special Teams:
How is their return game?
Kent struggles returning Kickoffs but their punt return game is somewhat dangerous. ( 12.7 YPR/ 25th nationally) .
How well do they defend returns?
Very well, Kent has *the best kick return defense in the nation*. and their punt return defense is respectably ranked 65th nationally.
How well do they Kick?
Freddie Cortex has struggled this season, outside of 35 yards he is very erratic.
How Well do they Punt?
Matt Rinehart is the second best punter in the MAC (40 yards per punt), when this is added to an decent punt defense he can help shift the field position greatly through the game.

How good is Kent at home?
Kent has been solid at home, aside from a last second loss to Bowling Green the flashes do not have a bad loss at home.
How Big is this game for Each Team?
Easily this game means more than Kent. If they win they and up with a snowball's chance of a Bowl unseat of no chance at all. Further they can finish this season 6-6 which is not bad for a squad many picked to finish at or near the bottom of the MAC.